The exhibition “Style on stage. The Art of Elegance” opened on November 21, 2013, in the front enfilade of the Sheremetev Palace as part of the international art festival “Dyagilev. PostScript”. It was a brilliant result of the creative collaboration between designer Massimo Marcomini, curator Massimiliano Capella and director of the St-Petersburg Museum of Theatre and Music Natalia Metelitsa, as well as the team of KMVI which was involved in the project implementation. As a result, the St. Petersburg art scene got acquainted with some fascinating examples

of exhibition design: the show which was previously held in cities like Rome and Los Angeles, took a new unique form in Russia, where it won “Museum Olympus-2014”, the Exhibition of the Year nomination. Many exhibits were placed in a museum context for the first time. The exhibition was dedicated to the expansion of leading Italian fashion designers into the world of opera and ballet. So, various theatrical and concert costumes were on display, complemented by fashion sketches and illustrations from

the years 1974 to 2010, as well as video footage. Using some original exhibiting techniques, the modern artistic content invaded the historical interiors of the mansion, anticipating contemporary solutions in the field of exhibition design. Classical decoration elements of the interiors were boldly played up and included into contrasting and vivid images, just as modern composers of the 20th and 21st centuries experiment combining and colliding musical motifs of different eras and styles 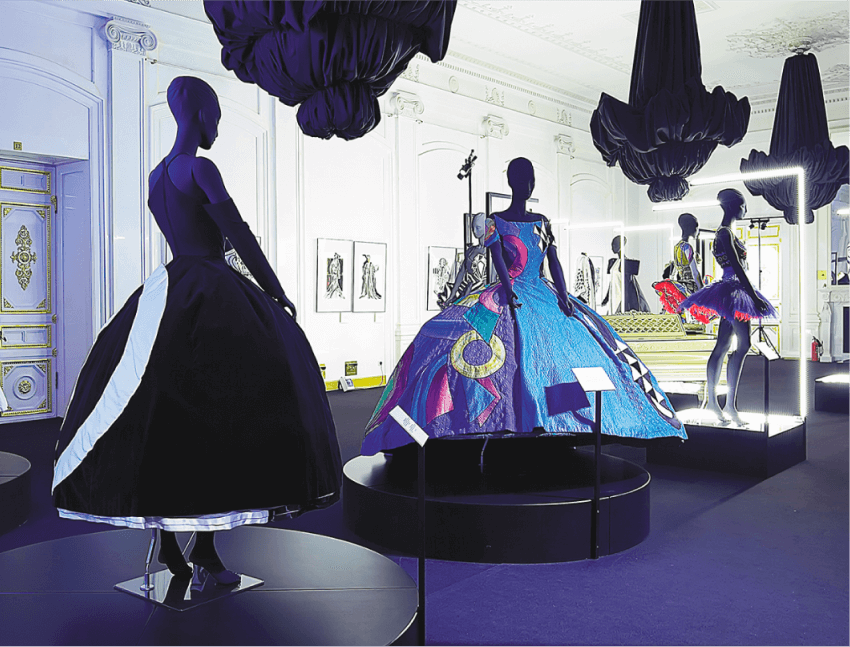 2
Haute couture in the museum 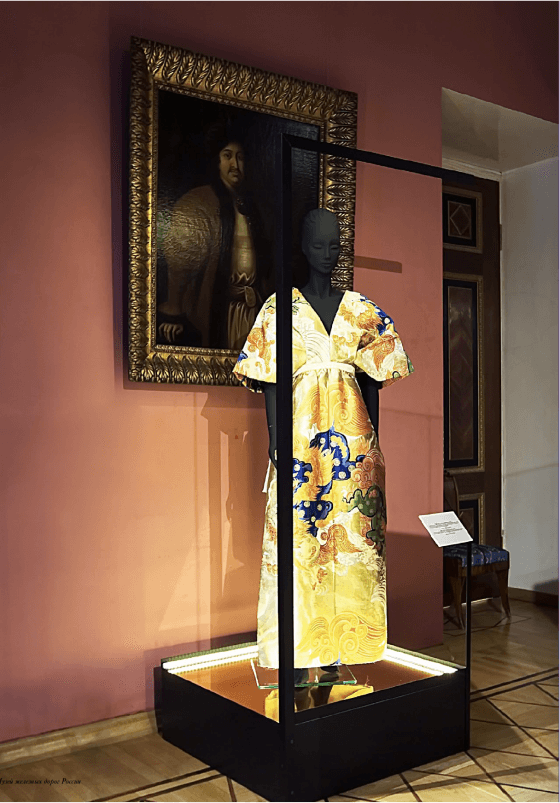 2
Haute couture in the museum

The exhibits came from public, private and corporate collections in Madrid, Rome, Naples, Milan, Varese, Modena, Paris, and New York. The haute couture quality style brought great success to many theatrical performances. At the end of the seasons, those exclusive stage costumes were kept as rare and valuable museum and collectible items 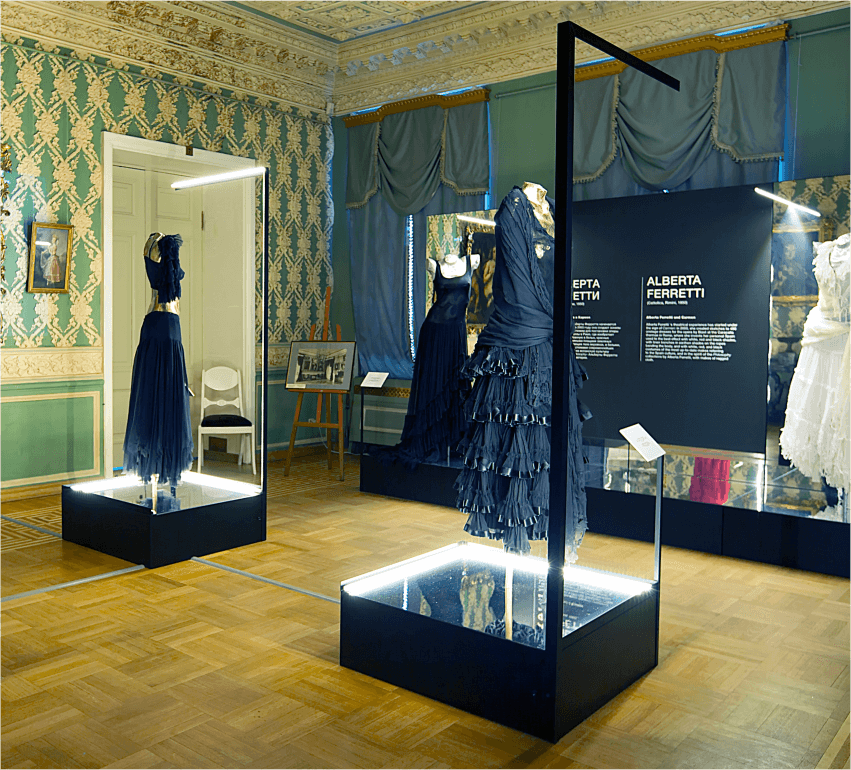 Fashionable black was chosen for the exhibition equipment. That color both helped to isolate the bold new event from the classic atmosphere of the front enfilade of the mansion, giving it a somehow dominant character, and made it possible for the bright scenic works of fashion designers to shine brighter. Modern exhibition techniques integrated into the historical halls emphasized the pioneering nature of the exhibition, and the heterogeneous images determined the complex rhythm of their arrangement in space. The automated system of lighting and multimedia equipment contributed to the overall unique theatrical image of the exhibition 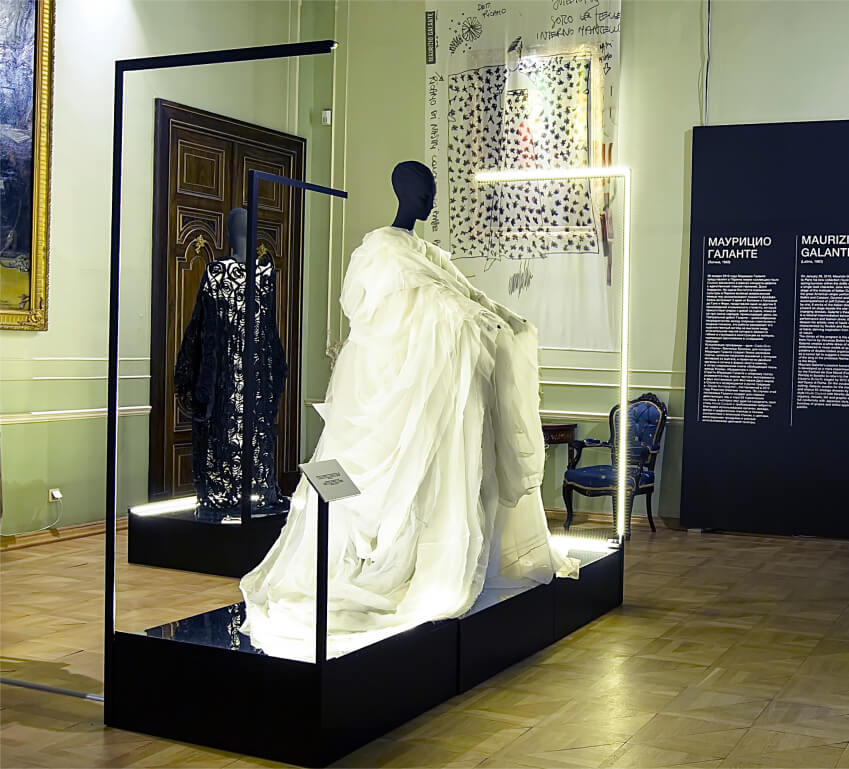 The exhibition featured a number of thematic multimedia scenes, naturally woven into its modern design and interconnected with the unique objects on display. The concise imagery of multimedia installations used the museum's works of art, photographic materials, architectural style of the interiors and lighting effects to create an intriguing atmosphere immanent to fashion and theater 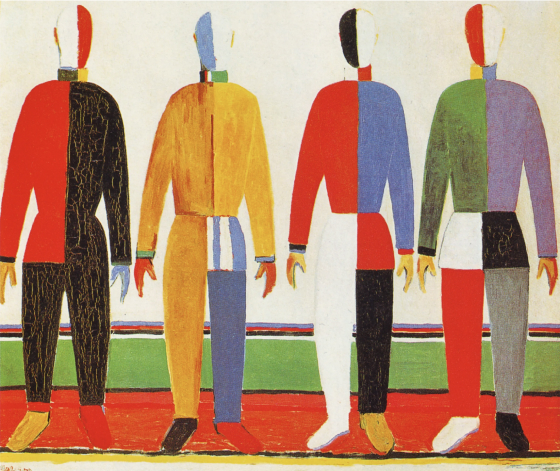