Curator and author of the scientific concept:
Y.M. Dementieva

The KMVI creative team was engaged in creating the concept and then implementing the exhibition project "Tsar’s Hope", dedicated to the 150th anniversary of Pyotr A. Stolypin. The exhibition was open to the public from September 25 to December 15, 2012 in the Stable wing of the Yelagin Palace. The core idea was not only to present Pyotr Arkadyevich Stolypin as a statesman who had made a tangible impact on the development of Russian social, political, and economic spheres in the beginning of the 20th century, but also to

introduce fragments of his personal history, reflecting the private life aspects of an outstanding person. Architectural accents and symbolism, introduced through creative demonstration of the materials, formed the basis of the exhibition concept. One of the memorable highlights was the interactive layout of Yelagin Island, that illustrated the role it played in the city at the time when the Stolypin family lived there. The exhibition featured antique automobiles from the beginning of the 20th century, a KhTZ tractor and other

artefacts, including 47 originals and 219 copies. The organic combination of classic museum methods and metaphorical solutions created a special atmosphere. The exhibition was a nominee for the annual “Museum Olympus” award in 2013, receiving the Audience Choice prize 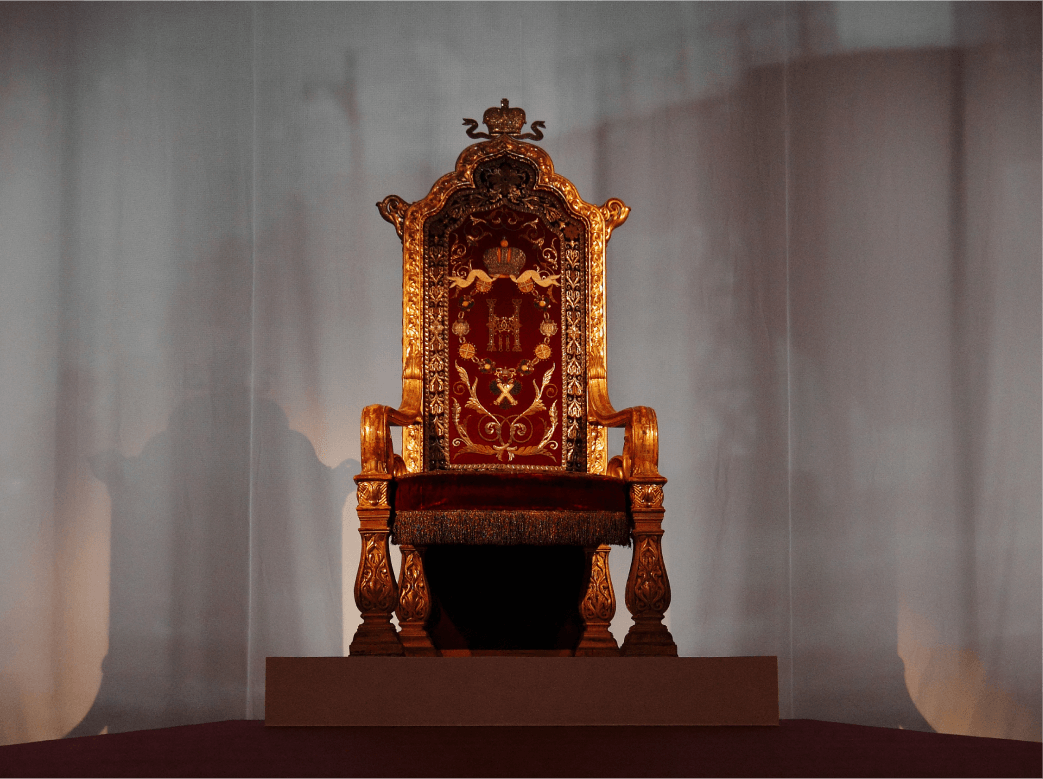 The philosophical themes of the exhibition were embodied in the artistic methods and architectural space which aimed to show authentic historical objects in the context of events. The main ideas and questions were those of juxtaposed positions, related issues, and the role of personality in history 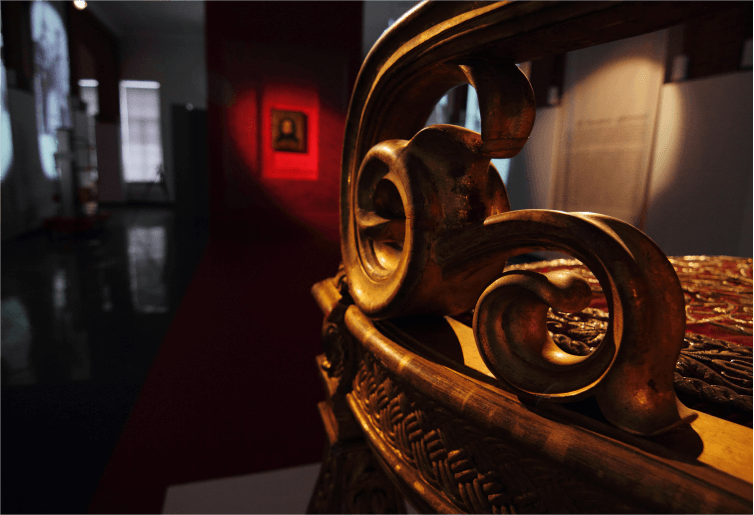 While working on the project, the creative team received artefacts and materials from more than 20 state archives and various museum collections throughout Russia. They all served as basis for creating exhibits of different nature: multimedia installations, interactive layouts and showcase complexes 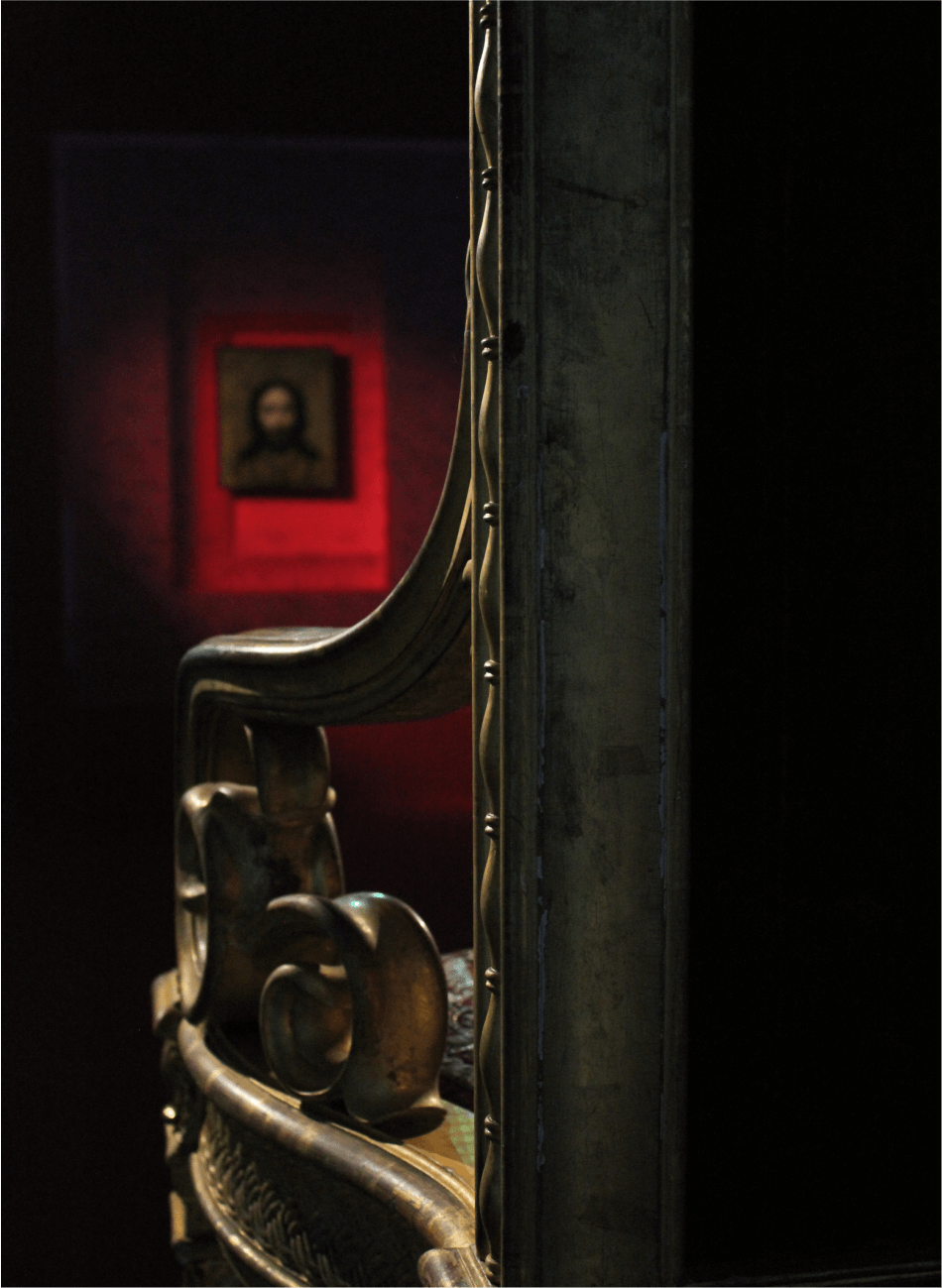 The conceptual presentation of the imperial throne, a genuine exhibit from the collection of the Pavlovsk Museum-Reserve, emphasized its main symbolic meaning and reflected the realities of power balance in imperial Russia. A vertical stele with a projected image of P.A. Stolypin partially obscured the imperial space. Thus, a visitor virtually met a person who had served as a link between the tsar and the outside world. The icon of the Savior Not Made by Hands, facing the throne, formed a spiritual semantic counterweight that contributed to the philosophical meaning of the installation 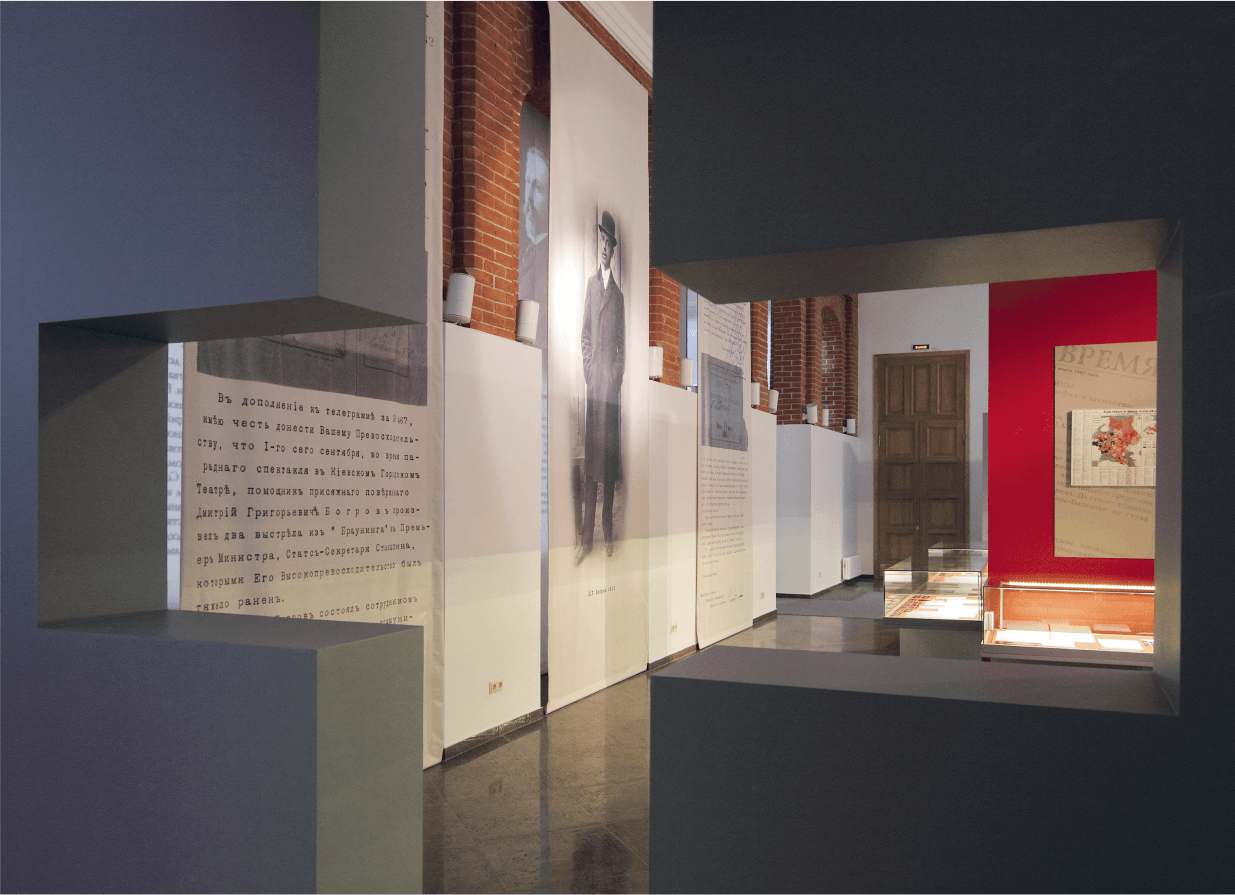 The exhibition architectural components added their own semantic accents, sometimes creating unusual perspectives. The central dominant, the symmetry of the architectural blocks that thematically separated the politician's governmental work and personal life, the symbolic cross as an end to the story and to the life’s journey – all that contributed to the complex character of the narrative and the vivid artistic image of the exhibition 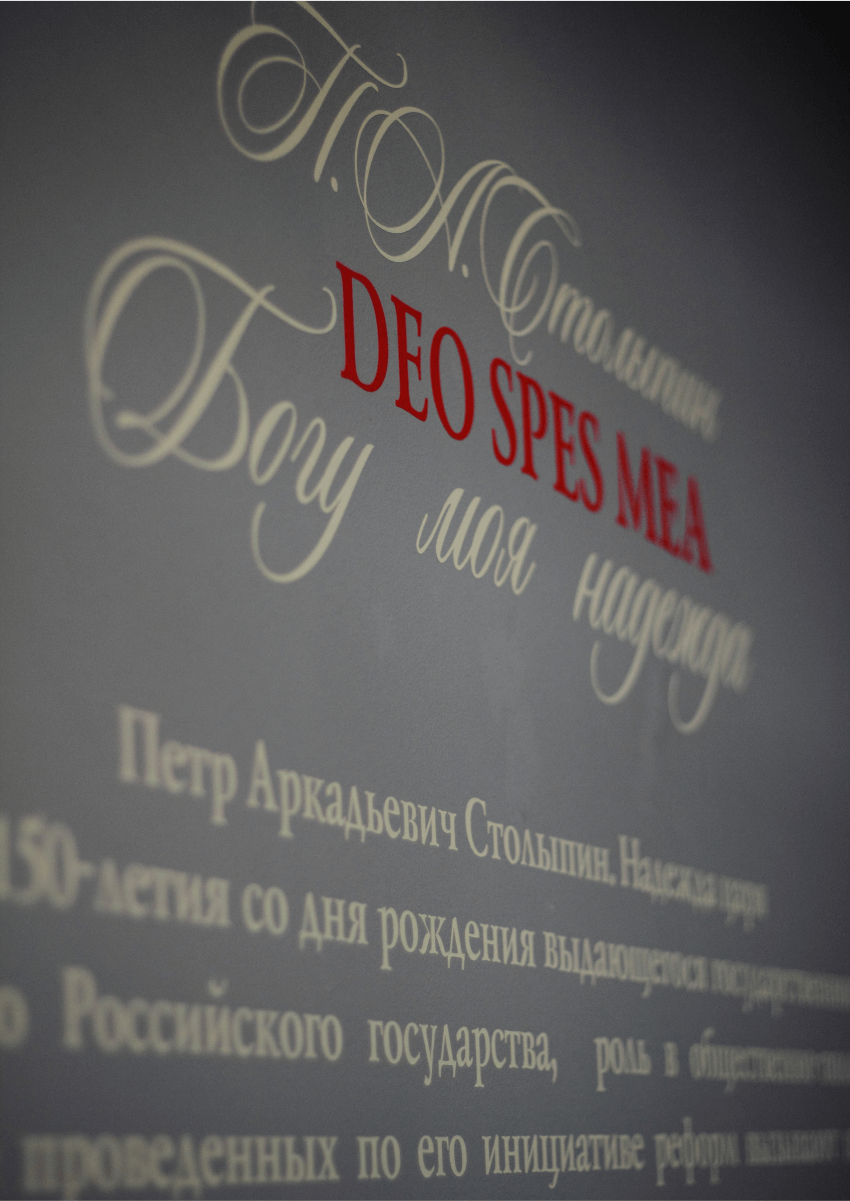 Bright color accents and characteristic decorative graphic solutions were used to reveal the concise yet vivid nature of the exhibition’s graphic image. The family tree and coat of arms of the Stolypin family fit into the context of the graphic design, and the motto DEO SPES MEA (“My hope be in God”) served as an inspiration for the name of the exhibition itself, “The Tsar's Hope” 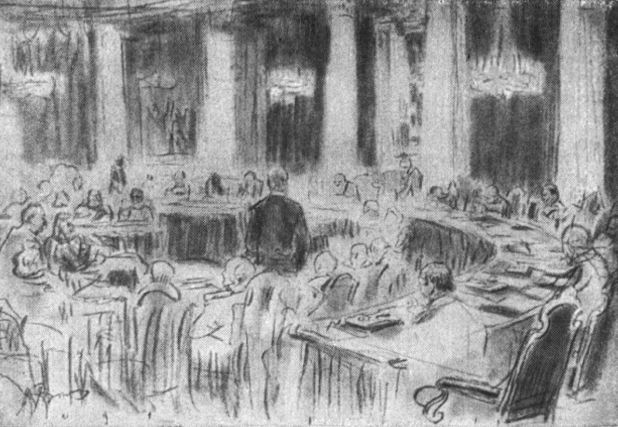