The 2013 exhibition “Daughters of Russia” dedicated to the 70th anniversary of the Kursk battle was hosted in the temporary exhibitions’ hall of the “Third Battlefield of Russia” Museum. The KMVI team developed and implemented the project. The core idea was to tell the story of women and the part they had played in preparing for the victorious battle of Kursk as well as to commemorate all their efforts and struggles during the difficult times of the WWII.

A narration that unfolded in the exhibition space used architectural elements, lighting effects, multimedia tools with audio and video content, graphic materials and scenography to achieve a thoughtful artistic presentation of the subject line. All the objects and the installations of the exhibition were designed to show the tragedy of women torn from the normal course of events and familiar social roles, and also to tell some true stories, for example, the fate of a resident of the Prokhorovsky district, P. I. Vinokhodova, who sent her nine sons to the front, or G. G. Chernova, the mother of a Hero of the Soviet Union 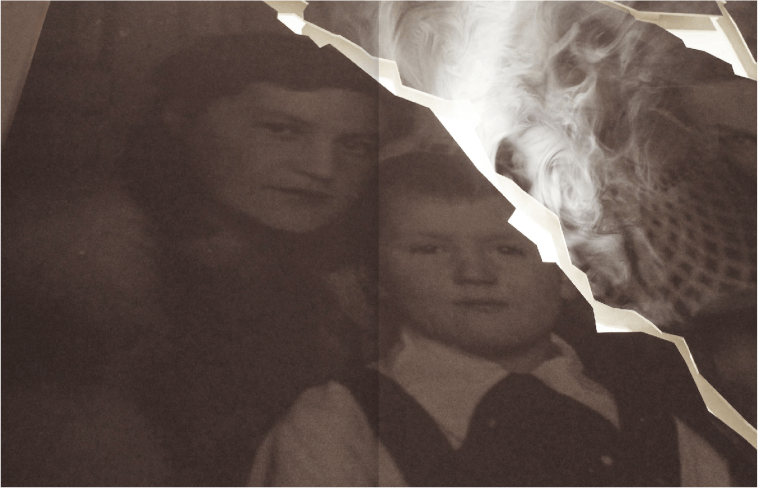 Rays of light penetrating the architectural structure through cracks are directed in such a way that a photographic image gains various emotional meanings: it could be a torn family photo or some otherworldly glow that reveals the reverse side of the usual course of life. All possible interpretations mount to emphasize the central idea that permeates the exhibition narrative: the tragedy of broken family ties 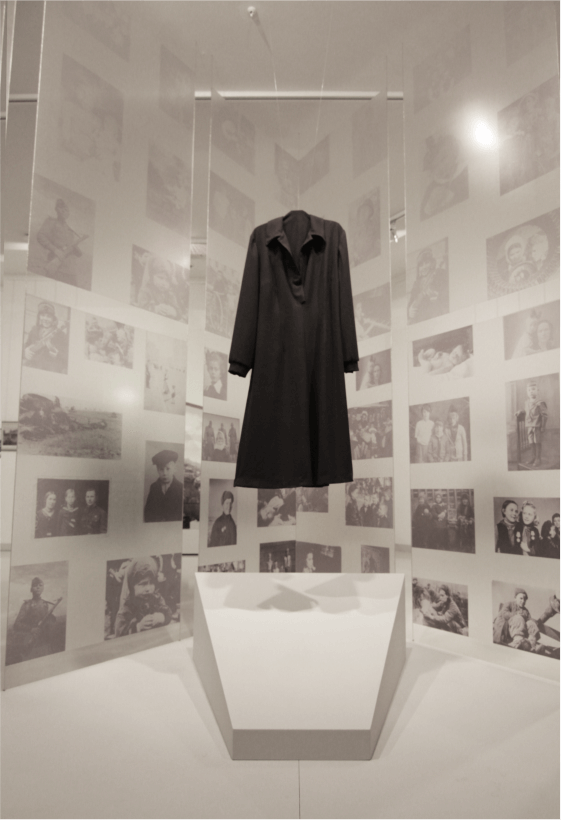 Black and white photographs are at the core of artistic concept of the exhibition, serving both as substantive and semantic basis. In coloristic interpretation, white is viewed as an ideal color basis for graphics designed to match the style and mood of old black and white snapshots. Dark red stripes, accentuating the beveled upper edge of the architectural structures, brought dynamics to the exhibition statement with their repetitive rhythm 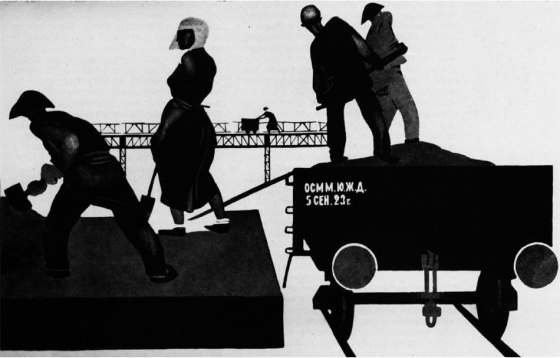