ST-PETERSBURG MUSEUM OF THEATRE AND MUSIC

Curator on the part of the customer
R.S. Sadykhova

The museum building once housed the directorate of imperial theaters. Built in the first half of the 19th century by the famous architect Carlo Rossi as part of the Alexandrinsky Theater ensemble, it is inextricably linked to the past and present of Russian theatre. The present 1,200 square meters museum exhibition was designed and created by KMVI team in several stages, from 2008 to 2012. Cultural, historical, and architectural context had to be taken into account when developing an artistic concept and then implementing the project.

The interior space of the museum was designed and built by the “Museums and Exhibitions Manufactory” team over five phases. The idea was to blend together traditional ways of exhibiting museum objects, theatrical techniques and contemporary approaches, adding modern dynamics and theatrical spirit to the exhibition narrative. The history of Russian theater is told in eleven halls, each of them focusing on a certain period. There is a logic to the visiting route, passing through various time periods and also various theatre types, studying their connections and timeframes. Starting from the Gallant age of Elizabethan and Catherine’s époques and getting to the modern theatre of 20th and 21st centuries.

Museum equipment serves to emphasize significance of the exhibits presented in the collection, without damaging the overall statement formed by the small-scale architecture. All the other elements of the exhibition, including lighting, multimedia, graphic design elements and soundtracks are used for the same purpose: to add to the general image and enrich customer experience 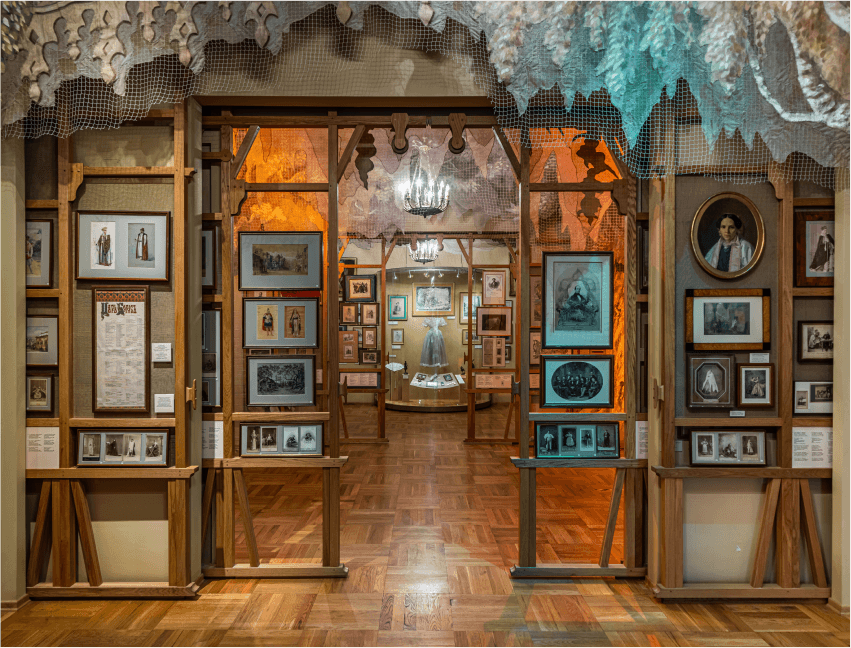 Some of the exhibition halls are built like theatre backdrops. Spaces are divided into forefronts and backgrounds, scenic nettings are used, the cold and warm artistic lighting work in contrast – all of that creates dramatic effect and makes the scenes seem deeper.  Structural elements are complemented by pieces of theatrical machinery, while performing exhibition tasks. Retractable panels for displaying graphics contribute to the concept of a theatrical stage and provide additional exhibition space at the same time 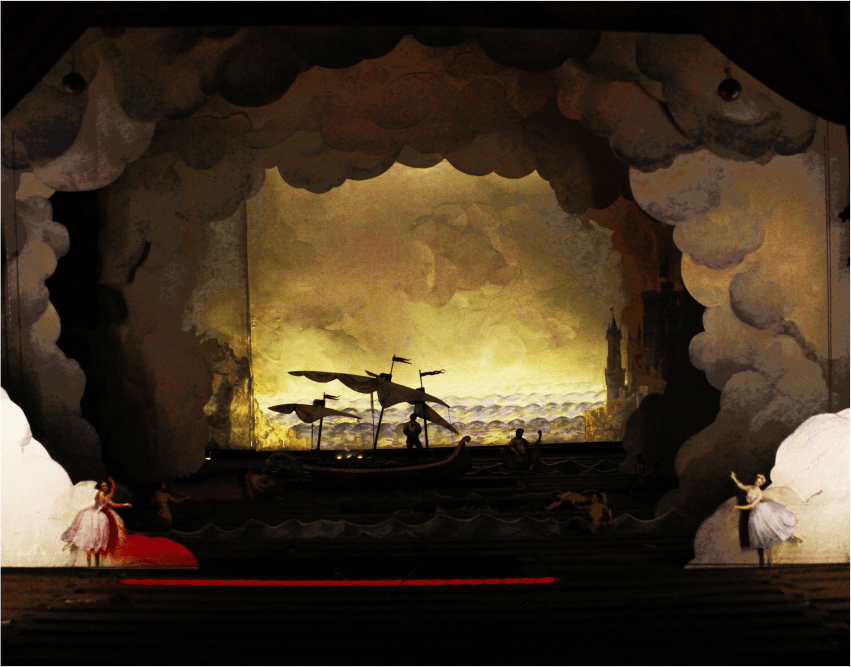 The museum has a fine collection of classical layouts depicting theatrical scenes. They are now complemented by modern kinetic models, puppets and furniture items that were custom-made at the highest artistic level and using original technologies. Credibility and depth of the created images are achieved through working on details and using lighting solutions

3
Spirit of the time 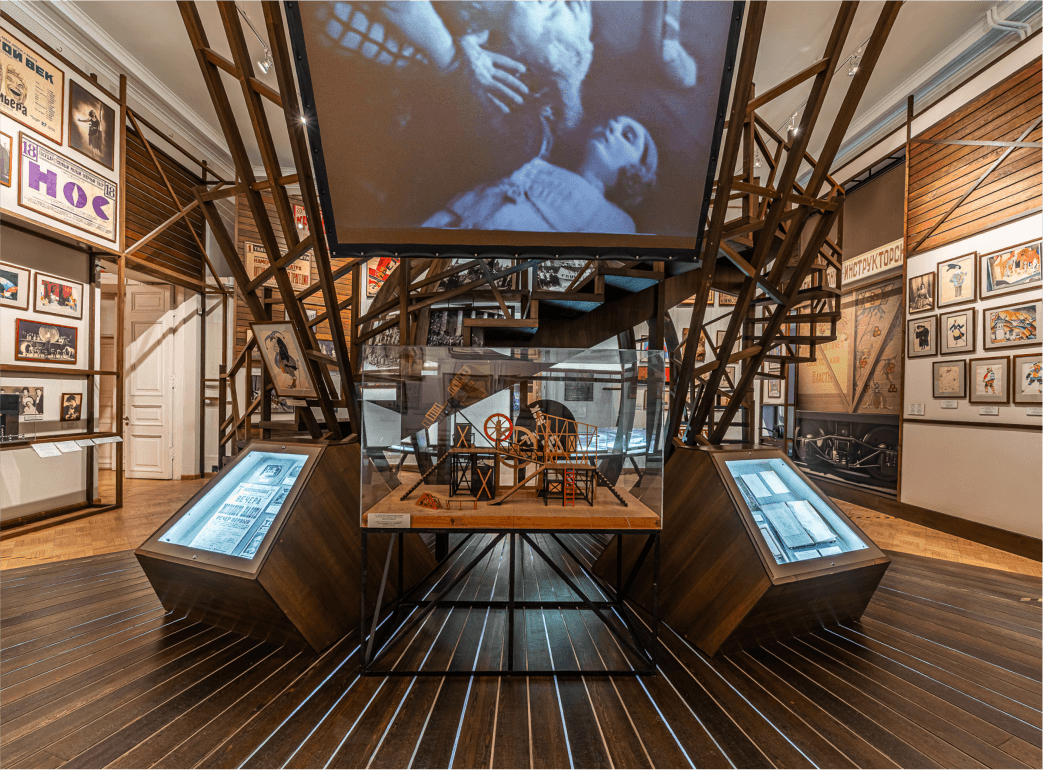 3
Spirit of the time

One of Lyubov Popova’s famous set designs she made for the avant-garde Russian theatre of the 1920s was recreated for the exhibition. Its maquette is integrated into the central architectural installation. A projection screen is another integral part of that large-scale structure, making it go alive, filling the hall space with additional meanings. A globe girded with a ladder which you can climb is also created in the modernist spirit of Kruchenykh and Malevich who staged operas about defeating the Sun and saddling the planet. 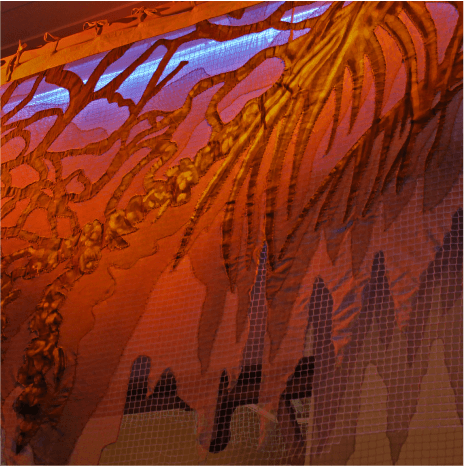 4
Theatrical light
Artistic lighting is used in the exhibition to create a special ambience and enhance emotional response. The rhythm of warm and cold lighting zones and sophisticated mixture of colored light shades help to make the interior solutions more picturesque and play well with the general artistic atmosphere of the place 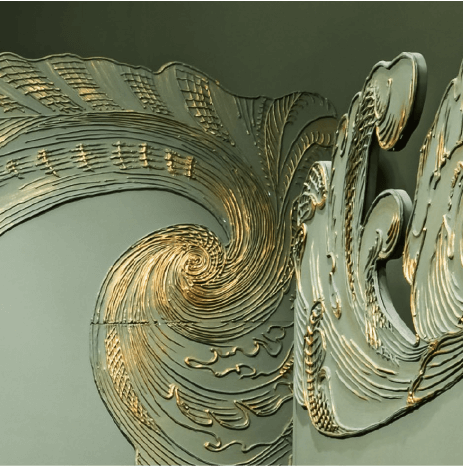 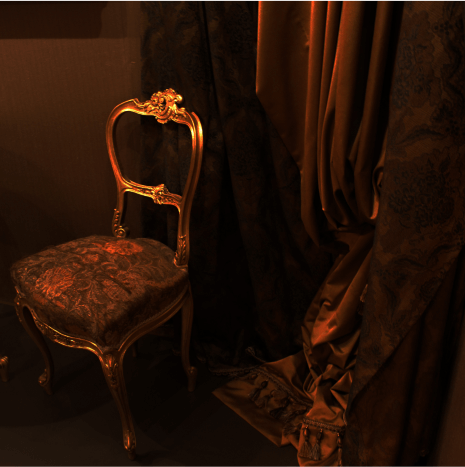 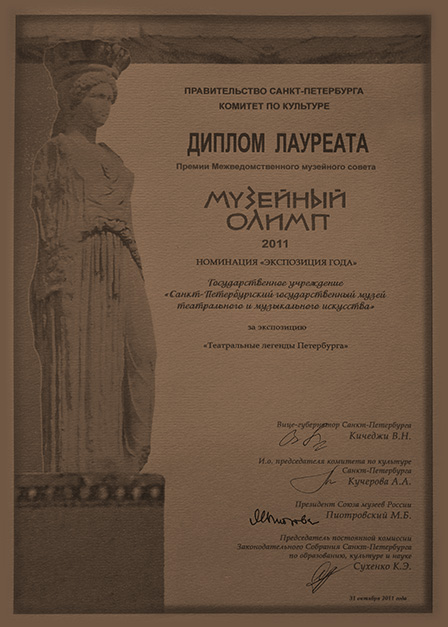 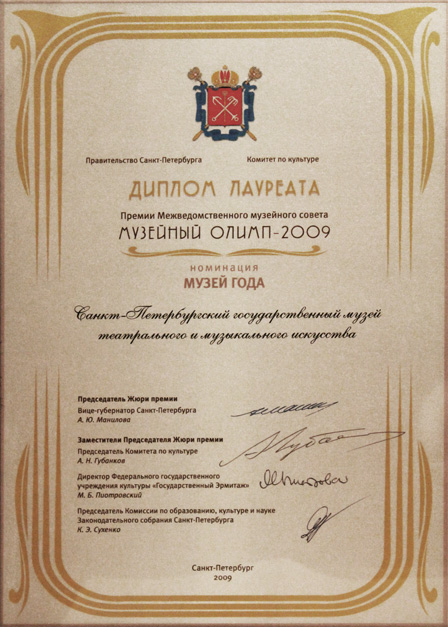 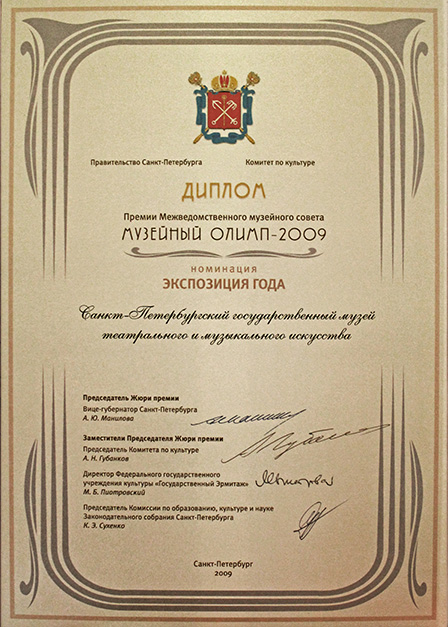 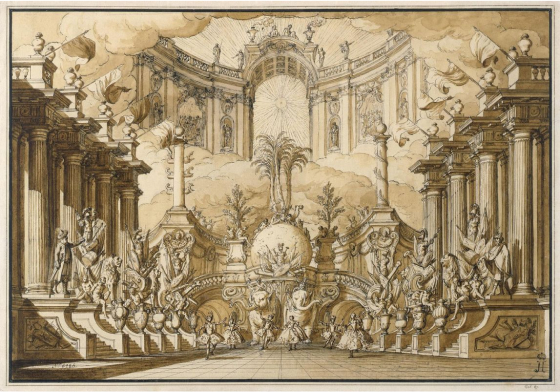