THE HERMITAGE. PERMANENT AND TEMPORARY EXHIBITIONS

Curators and authors of the scientific concepts:
the State Hermitage employees

During the period from 2008 to 2014 Museums and Exhibitions Manufactory actively and closely cooperated with the State Hermitage Museum to design and build permanent and temporary exhibitions in various parts of the museum including its Exhibition center in Vyborg, Leningrad oblast. The Hermitage projects were among the first significant works of the KMVI team. It could be said that the classical St-Petersburg school of exhibition design formed the basis for the future development of corporate style and methods that were later enriched and expanded to be in the front line of modern museum industry.

In the course of that long-term cooperation of the KMVI specialists with one of Russia’s most prominent museums, numerous exhibitions were created, among them “Santiago Calatrava. In search of movement", Nicholas Hall, June – September 2012; "Tylos. Journey to the underworld. Rituals and Funeral Traditions in Bahrain”, Picket Hall, July – October 2012; Exhibition Center in Vyborg: “Catherine the Great”, June 2010 - February 2011; “East and West. The Art of the Islamic World”, February – September 2011; “Spanish Art in the State Hermitage Collection”, April – October 2013 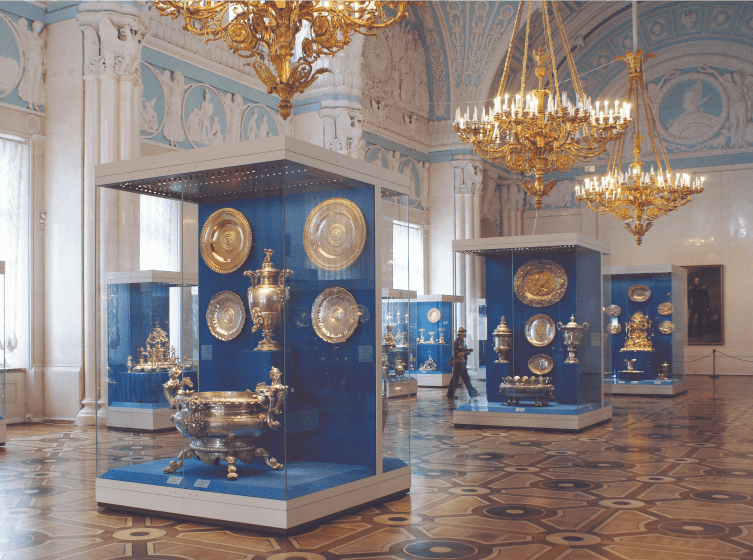 The experience of working in the spaces of historical premises of the Hermitage like the Winter Palace means taking into account the aesthetic context of an existing style, the internal architecture of museum spaces. The scientific and artistic concepts of temporary and permanent exhibitions must be created in way to neither break the interiors perception nor to be absorbed by them. Finding that optimal balance between exhibition elements and museum interiors has become a special skill of the KMVI team which now feels comfortable both working in the framework of historical buildings or creating their own architectural spaces

Creating permanent and temporary exhibitions in a museum of such importance means meeting the highest technical standards applied in the museum field. The best exhibition and lighting equipment, and automated storage systems are the technological basis for artistic solutions created by the KMVI specialists 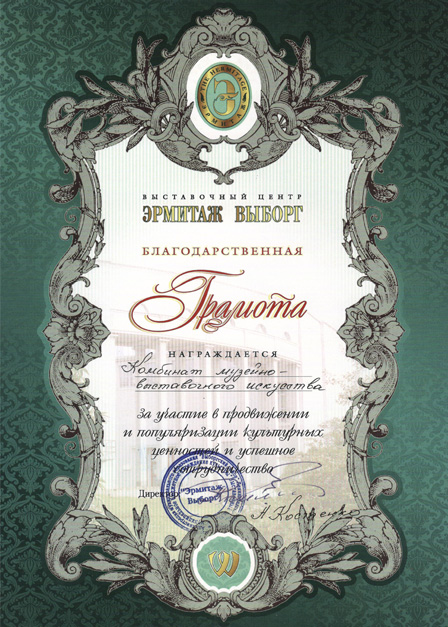 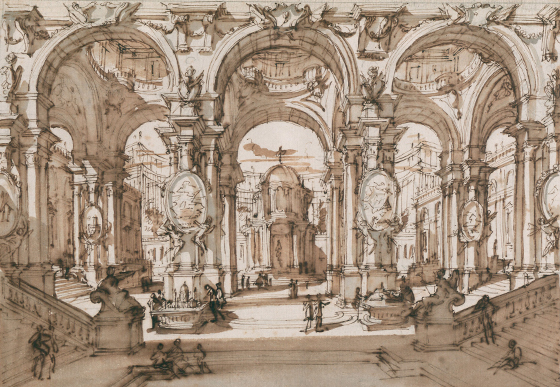